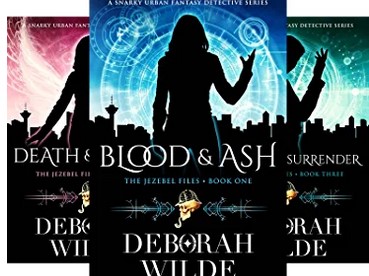 Featuring an enemies-to-lovers romance and a savvy female P.I., this hilarious paranormal mystery will keep you up all night.

Missing teens. Long-lost magic. And the sexy nemesis who might drive her to murder.

Detective for hire, Ashira Cohen is having a no-good, very bad day.

When Ash was thirteen, her con artist father disappeared, leaving her with emotional scars and a limp she can't hide. But she toughened up, determined never to be played again. Is history repeating itself?

First, she’s hit on the head during a stakeout, revealing a mysterious tattoo on the back of her skull.

Even worse? It’s a now-broken ward unleashing dangerous magic that as a Mundane, she shouldn’t possess.

And the icing on this crap cake? Her unruly powers nearly kill her long-time nemesis, Levi, the uptight leader of the magic community. One word from him revealing her forbidden abilities, and everything she’s built will be taken from her… by force.

The only bright spot is that Levi requires her supernatural skills to solve a spree of abductions. After years of being underestimated by him, it’s Ash’s chance at payback and she’s going to enjoy bringing him to his knees—or stuffing him in a body bag.

https://workupload.com/file/P5hAKvkfgXz
If you download books, please consider
becoming a supporter