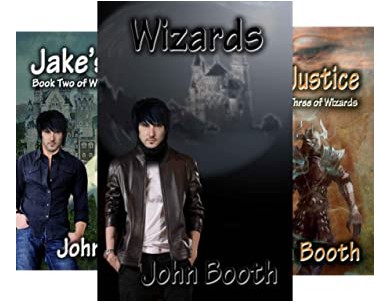 From Book 1: First in a wonderful series

This kind of power they don't teach in school.

Jake grew up different, with a secret no one would understand. He finds missing people, most times too late, and the cops are suspicious. He rescues Jenny just in time and his world starts to change. That she instantly forms a relationship with Fluffy (his dragon) deeper than his own is just plain annoying.

He uses his powers reluctantly and only when he has to. But maintaining a girlfriend can be expensive and he finds himself drawn into the problems of the worlds he visits so casually.

A simple act of goodwill can have disastrous consequences. The fate of kingdoms now rest on his actions and war follows. Jake finds himself involved in chases, rescues, and a princess with an agenda who seems to know his every move. This time Jenny does not approve.

Jake is a wizard and his life is about to get complicated.

https://workupload.com/file/2LZzB99hT4H
If you download books, please consider
becoming a supporter