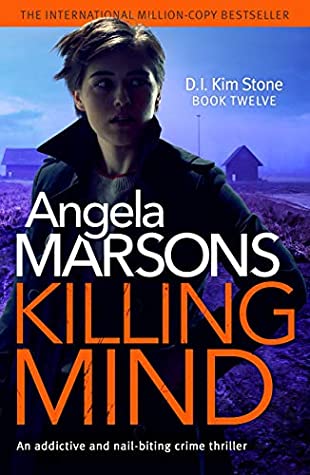 It had seemed so simple. Get in, get the information, get out. But now they were getting inside her mind and she didn’t know how to stop them…

When Detective Kim Stone is called to the home of Samantha Brown, she finds the young woman lying in bed with her throat cut and a knife in her hand. With no sign of forced entry or struggle, Kim rules her death a tragic suicide.

But a visit to Samantha’s parents rings alarm bells for Kim – there’s something they’re not telling her. And, when she spots a clue in a photograph, Kim realises she’s made a huge mistake. Samantha didn’t take her own life, she was murdered.

Then a young man’s body is found in a local lake with his throat cut and Kim makes a link between the victim and Samantha. They both spent time at Unity Farm, a retreat for people seeking an alternative way of life.

Beneath the retreat’s cosy façade, Kim and her team uncover a sinister community preying on the emotionally vulnerable.

Sending one of her own undercover into Unity Farm is high risk but it’s Kim’s only hope if she is to catch a killer – someone Kim is convinced the victims knew and trusted.

With Bryant distracted by the emergence of a harrowing case close to his heart, and an undercover officer in way over her head, Kim’s neck is on the line like never before. Can she protect those closest to her before another life is taken?

https://tusfiles.com/l0n02ps8pjgr
When asked to make a correction, don't reply to the topic just edit the subject line

Board Rules
If you have errors in your requests, it will be closed and you'll have to submit a correct request .It counts toward your 4 requests daily
Top
Locked
1 post • Page 1 of 1