COVID 19 How is everyone holding up? 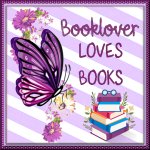 In Belgium, schools are closed for summer. Luckily, because numbers have been rising for 18 days in a row now. Tomorrow, our government will decide if we have to go in lockdown again. To be continued...

Stay safe!
Please respect the admins, moderators, hunters and all the members who are posting books here.
Happy reading!

"Mother" of 2 rescue cats on earth.
"Mother" of one very special cat in heaven.

Numbers are rising here as well. School holidays are already over in some states and many people have been traveling, despite the situation ... experts fear that those returning home, no matter if they've been in Germany or abroad, will bring a further rise in numbers.
There isn't exactly talk of new lockdowns yet, but it is a distinct possibility. People are weary, less observant of the proper hygiene protocols these days. (I'm internally shaking my head at those 20,000 idiots who rallied in Berlin, with no masks and no distance to each other, alongside people spouting conspiracy theories and alongside known neo-Nazis...

Stay safe and vigilant, people - as much as we may wish for it, this isn't over yet!
"Wind howled through the night, carrying the scent that would change the world."
"There was death at its beginning, as there would be death again at its end."
"Shoot for the Moon. Even if you fail, you'll land among the stars."
Top

People, what's the status where you are?

There are 224,448 cases in Germany and the numbers have been steadily rising for the past two weeks. We used to be at a point where no more than 200 cases were newly counted each day - and now we're around 1,400 new cases each day.

Thankfully, fatalities remain lower than in other countries, currently at 9,235...
My state has 972 cases, luckily still one of the lowest nationwide - but still a steep rise in numbers to where we were before. My county district stands at 137 cases, which is about 64,4 cases per 100,000 citizens.

It's all very worrisome. Most people know we need to remain vigilant ... and then there's those that can't resist traveling, bringing back the virus. There are test centers at every major airport and people returning from high risk countries have a duty to get tested - and it's been proven that most new cases can be traced back to travelers. I used to be an avid traveler myself, so I can understand the desire to get out, and pretend everything's okay - but it isn't, and people should be more considerate of that. I personally think that the longer this goes on, the harder it is to adhere to the necessary steps ... people get weary.
Life isn't as it used to be ... and I'm less and less certain it'll ever go back to what it was...
Stay safe!
"Wind howled through the night, carrying the scent that would change the world."
"There was death at its beginning, as there would be death again at its end."
"Shoot for the Moon. Even if you fail, you'll land among the stars."
Top

Very short answer: numbers have been rising every day since the start of the summer holidays...
Schools will reopen in 2 weeks. I can't help but feel anxious about that.

People are refusing to adhere to the rules because " schools are allowed to reopen and my child will be meeting up to a thousand other pupils a day, so why should I limit my social contacts to 5 a month?"

There are no confirmed cases in my village (10,000 inhabitants) this week. There are outbreaks in some larger cities, like Brussels or Antwerp.

More and more people are getting ill in retirement homes ( history repeats itself).
Please respect the admins, moderators, hunters and all the members who are posting books here.
Happy reading!

"Mother" of 2 rescue cats on earth.
"Mother" of one very special cat in heaven.

We are moving to level 2 lockdown from midnight on Monday (17 August).

We have been recording an average of 3,000 daily cases this last week

Schools are reopening tomorrow....they will rotate the kids...one week school then one week home schooling...

We'll finally be able to buy tobacco and alcohol products. The curfew will remain in place from 22h00 – 04h00

Then to top it off we have something called Loadshedding.....it is a measure of last resort to prevent the collapse of the power system country-wide. ... By switching off parts of the network....Our Power supplier had corrupt leader...the money wasn't use to do maintenance but to pay for a luxury living....

Isn't it funny that last year it was crooks that were wearing masks and now you a crook if you don't wear one ....
Please Don't forget to Donate

I'm sending my son to school today for the first time since the first of March. Schools fully re-opened last week but we decided to give it another week to see how is goes. We made this decision with no little trepidation but what can we do? We can't wait any longer.
“It is what you read when you don't have to that determines what you will be when you can't help it.”

Hi everyone, my best wishes to everyone. Paris looks unreal. Everyone masked. Even at work except special cases. Cafes and restaurants spilling out on the streets so social distancing can be respected at best. I still work mostly from home as required. I caught this stuff (or it caught me) in april. Mild streak. Wasn't in hospital except one day on O2. knocked me off for 5/6 weeks. Still tired. Can't taste much. We still have very few social contact on account of protecting family, friends and anyone, really. I really hope this stops one day. Reading a lot to keep my head above the clouds... thanks to everyone for giving news from all around and providing us with intellectual nourishment. My best wishes and heart goes out to you.
Bookworm I am.
Top

@bookabook I'm glad that you are better now and I hope you will be fully recovered soon. Everyone I know who got it says it takes a while to get back up on your feet.

I also hope we can see the light at the end of the tunnel soon. It's been going on for so long and no real signs of relenting.

Best wishes to everyone!
“It is what you read when you don't have to that determines what you will be when you can't help it.”

I'm sure everyone is sick and tired to hear about that dratted six-letter-word, but here's an update from Germany.

The news of the last few days have been dominated by a steep rise in numbers - exactly as most experts have expected to as soon as autumn and later winter rolls around. According to Johns Hopkins, we're standing at 320,495 infections (a plus of 4,721 to the day before) and 9,609 deaths (15 more than yesterday) - thankfully still comparatively small numbers compared to other countries. For now it seems that the majority of those infected have to deal with a not-so-serious case and while our hospitals do fill up steadily, we still have room for severe cases in need of respirators.
There have been local hot spots in bigger cities such as Berlin or Frankfurt, with local lock-downs as consequences. While it was mostly people traveling who were responsible for earlier outbreaks, is it now attributed to mostly private parties of those stupid enough not to stick to the rules.

In general, rural areas fare better than conglomerated areas. The county/parish I work in has had a total of 47 cases since it all started, with only 3 deaths and no new infections for a couple of days. The county/parish where I live has had a total of 181 infections (+2 to the day before) and a total of 2 deaths. Those are some of the best stats nationwide and experts largely attribute it to both areas being sparsely populated swaths of land (and no party scene for the young and reckless to speak of).

While I do feel safe where I am, my stomach churns with worry as I look into the state of things worldwide. Most of my US friends are paralyzed with fear not only over the pandemic, but also the upcoming election and the very real possibility of a certain someone refusing to move out of office in case of defeat. I can only pray and hope that all will go over well and that we'll soon have some kind of vaccine available.
Until then, please, everyone stay safe and keep your chin up, do everything you can to minimize the spread!

"Wind howled through the night, carrying the scent that would change the world."
"There was death at its beginning, as there would be death again at its end."
"Shoot for the Moon. Even if you fail, you'll land among the stars."
Top
Post Reply
99 posts